The Northern Kenya is currently experiencing severe drought that has affected human lives as well as those of animals.

People in rural zones have been seriously hard hit by live threatening weather changes that has brought water shortages and lack livestock feeds.

However, hope of the people of Malka-gufu Ward were rekindled today after MCA Mohamud Abdulla and Governor Ahmed Muktar commissioned a Sh7.5M Ward Water project. The mega Water project includes a Borehole with a 4km pipeline to Town. There is also an additional infrastructure composed of a pump house, solar and pump installation which was done by Northern Water Service Board.

The Member of County Assembly representing Malka-gufu Ward Mohamud Abdullah who hosted the Governor’s delegation speaking to Press said “This water Project was my manifesto number one during the campaign pledges and today it has come to pass upon being commissioned. Thanks to Allah”. The MCA further said every mother and other vulnerable Members of the society will now access water from their comfort zones in their houses and this will form part of his biggest political legacy to be celebrated. 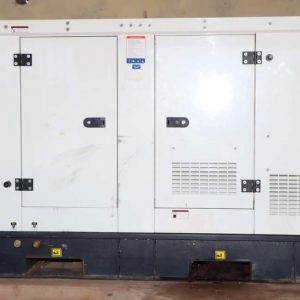 The faces of the people in Malkagufu Ward were full of smiles with mothers chanting loudly thanking their MCA Mohamud Abdulla. Their chants of pomp and dance rented the air once the covey of the governor entered the town.

Elders who spoke at the event applauded the efforts of the MCA and urged the County government as well as National Government to add one more elevated water tank in order to increase access of clean and adequate water to the people of the ward.

Mr Abdulla, a vocal MCA who is also a Member of the Speaker’s panel said the ongoing voter registration within the pastoralist communities has been seriously affected and appealed to the government to extend the exercise that is ending on 2nd Nov 2021.

Access of water in Northern Kenya has remained a challenge and any elected leader who provides this essential commodity to the electorate is assured of re-election in 2022. Therefore for MCA Mohamud Abdullah, commissioning of the Malkagufu Ward Water project is a score in his political ambitions. 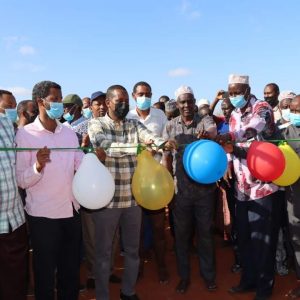