It was a historical endorsement for the current Member of Parliament for Balambala constituency Hon. Abdi Omar Shurie in Garissa Town.

His family of Adam Ali and other groups of electorate endorsed him to run for the second term as the MP. The endorsement was through a blessing by Mr Ugass Ibrahim Muktar of Adam Ali family, Elders, Professionals, Retired Civil servants, Businessmen, youth, women and persons with disability.

The groups had officially forwarded the application endorsing the re-election of Hon. Abdi Shurie to Awadhaq nation for acceptance. If approved he will be the sole candidate of Awadhaq nation in Balalabala Constituency. The final endorsement will be declared by the Awadhaq King Mr deqow Sambul  which is the final declaration. 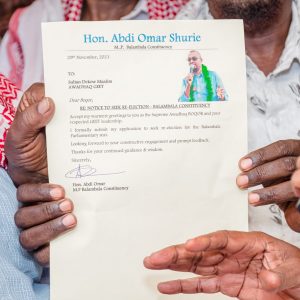 Sources who spoke to Arf media group said Mr Shurie has an upper hand in his re-election bid for having initiated development to supplement community endorsement. Areas he has invested heavily in the last four years include and not limited to Education, water, roads, health sector and uniting the people of Balambala constituency.

The Nep region politics is based on Clan endorsement and if your community endorses you, you have high hope of being elected. Today’s endorsement marks a step for Mr Shurie to secure a second term ahead of the general election set for August 9, 2022.

The soft spoken Lawmaker with a development track record is working hard to be re-elected by showcasing the four years work in the constituency.

Reacting to what marked a milestone towards his reelection, the Lawmaker remarked “In appreciation of my leadership, Adam Ali family of the larger Awadhaq endorsed me as their sole flag-bearer for Parliamentary seat in a well attended family meeting graced by Awdhaq Geet elders”.

He expressed his desire to go forward and seek the blessings of the Great people of Balambala constituency for the continuation of the bestowed mandate to actualize his manifesto.

“This accords me the necessary mandate to galvanize and guide within the general political infrastructure of Garissa County for the common good.
I shall always endeavor to deliver for the electorate of Balambala constituency”, he said. 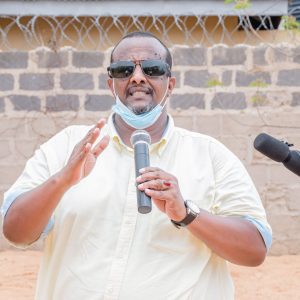 He also thanked the Geet elders and their Supreme leader Boqor Deqow Sambul for the good communal work.

The prominent elders who spoke during his endorsement event lauded his development track record and gave him a clean bill of health for re-election bid. The elders promised100% commitment to his campaign that will kick off early December to reach the grassroots and popularize his endorsement. 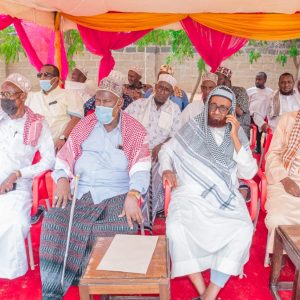 The professionals, youth and women who spoke at the event too applauded the elders remarks.

Yussuf Rafiki: The interest of Darawa Nation is above me my withdrawal from the race is a unifying factor