Schools a cross the Country yesterday started celebration soon after Education Cabinet Secretary (CS) Prof George Magoha released the 2020 KCSE results which showed they had performed exemplary despite the Covid-19 pandemic which interrupted learning for a long period of time.

The school produced the top student in the region Mowlid Mohamed who garnered 78 points with A-.

This led to an atmosphere of celebration and thanksgiving as the KCSE results were welcome by the people from the region.

Chief Principal Mr Adan Kassim who spoke to the press at his office today hailed the school’s performance this year noting it was better than last year despite the Coronavirus challenges. The school last year was still the King of the region as it produced the best student with 76 points and again this year 78 points.

This year’s main score was 6.02 compared to last year which was 3.7 indicating a strong C plain. This mean score of Wajir High is leading in the county.

Mr Adan Kassim regretted if best students were not poached from school in form two and three, the school could produce majority of A plain marks. He urged the parents to bring their children who scored best grades in KCPE to the school instead of taking them to other schools outside the County and invest in local schools.

The Principal confirmed that there will be a big number of students who will join colleges and universities to acquire Certificates, Diplomas as well as Degrees. “This is a big improvement by our school during the 2020 KCSE”, noted Adam Kassim.

The Principal also delivered a strong message to local politicians urging them to invest in Wajir High school since it’s a national school and warned that it does not belong to specific politicians.

Asked why the school posted good results, the principal threw weight behind the teachers whom he congratulated for finishing the syllabus on time. He also thanked the students, the Board of Management, parents, non teaching staff and friends to the school who worked tirelessly for the success of the school.

The principal futher said “We created a good environment for the students like offering nice meals, a good dormitory with high hygiene, and availability of water throughout from a borehole”.

Mr Adan Kassim predicted that the coming KCSE exam the school will produce a grade A plain and many A minus promising more students will gain marks for direct university admission as well as a good mean grade. 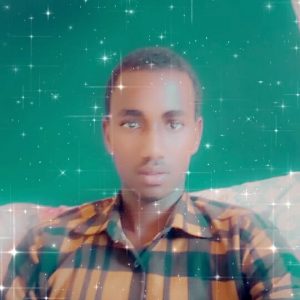 And Wajir High School leading in KCSE in North Eastern Region for two consecetive times, sky is the limit and the principal says he is ready to perform even better.

Duale: Losing Majority Leader's role was nothing; 2020 took my mother-brother