The Nominated MP organized a colourful event that was never witnessed by any Inua Mama Brigade in many places they have visited countrywide. The success of the event has made the Mp earn a legacy today.

When the bowing flight carrying Inua Mama Brigade touched down at Wajir International airport hell broke loose as Women from all walks of life took charge. 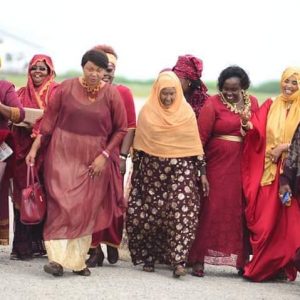 And as Nominated MP Mrs Nasri Sahal who played host welcomed the team to town, she was mobbed by thousands who accompanied her.

Crowning the reception was more than 200 New Model Parado cars ready to pick the Inua Mama Brigade team and take them round town.

The cars brought Wajir town to standstill as Inua Mama Brigade was sneaked to Qorahey Ground where their rally took place and was attended by many people.

The MP was not empty handed and brought good things for the people of Wajir. Among many good things she brought included, cooking gas, Sawing machines, Mattresses, water tanks, Sports Outfits, Wheelchairs, Car wash machines and many other items towards empowering women.

The MP’s development agenda was welcomed by Wajir people since she was targeting the less fortunate members of the Society drown from the big 3 communities and Corner tribe that live in Wajir County. 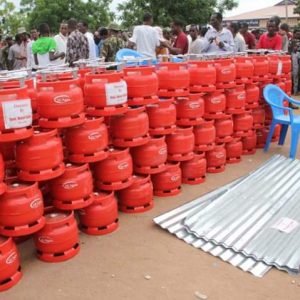 Addressing the rally Mrs Nasri Sahal said “I am a nominated MP but I have a role to play in assisting my people regardless of not getting any money from National Government through my office”.

Hon Nasri Sahal’s efforts of today were recognised by the people of Wajir through her donations. This laid a monumental base as she builds her political legacy.

Through her determination in championing DP Ruto’s agenda through Inua Mama Brigade, Hon Nasri Sahal has become popular politically and sky seems the limit ahead of 2022 general elections.

Vanity In Kenya Politics as fight for Presidency is not a walk in the park, Aden Duale tells Cs Matiangi and Ps Kibicho