Talking to ARF Media at the start of the tour, Jamal Abdi outlined his desire to be responsive to the needs and sensibilities of his constituents. “I believe my people best understand their priorities and I will always seek their views and be guided by them”, noted the MCA.

He further noted that he will take a sectoral approach and mainly focus on security and health care service during this particular tour.

The tour took him to both the old and new Buna sub county hospital as well as Beramo health centre, where he inspected the facilities and held talks with management and staff. He promised to tackle all the challenges the facilities faced to the best of his ability, challenging the management and staff to utilize what they have to serve constituents.

He noted that the additional five staff (two nurses and two lab technicians) recently posted to the facilities are harbinger for a better tomorrow. He promised to take great interest in health care service delivery for the people.

In appreciation, the staff promised to redouble their efforts and improve service delivery.

Meanwhile, there is a new engine from Wajirwasco which has completely solved the perennial water shortage in BUNA town courtesy of  Jimal Abdi.

Later, Jimal also held a meeting with security leaders who include DDC and OCPD and their team, where he decried the perennial security challenges which has cost lives and livelihoods. He called for a close cooperation of the security and political leaders as well as wananchi. 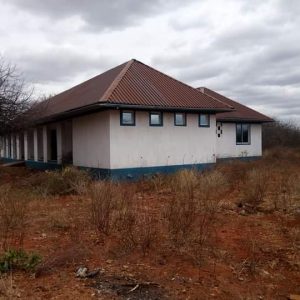 Talking to ARF Media on conclusion of the meeting, the MCA registered his satisfaction of the spirit of the forums and underscored his trust that the citizens will be served better going forward.

In a town hall meeting with the elders in Buna and Beramo, the MCA covered wide range of topics that covered local and county wide issues. 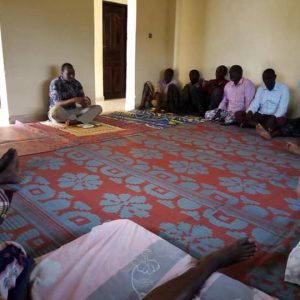 Individuals interviewed by ARF media after meeting registered their excitement at the leadership style of their MCA and lauded town hall sessions. They encouraged the MCA to continue in that path.