Wajir Governor Amb. Mohamed Abdi Mohamud hosted the UK High Commissioner to Kenya Mrs Jane Marriott and her entourage in wajir county where many issues beneficial to the area were discussed.

TheGovernor said the British Government and Republic of Kenya had a long standing-relationship since independence on areas of economic empowerment, social and political development.

Governor Mohamud presented a lengthy document to British High Commissioner at ICT hall where the meeting took place. He urged the UK government to chip in and help wajir county government.

The first priority the governor mentioned that needed support was Peace and Security. The governor said “You cannot develop a county when we have challenges of insecurity.The terror group like Alshabaab has affected many issues like education in the North Eastern region which borders Somalia”.

The governor said many teachers fled from the county due to terror attacks and appealed to UK government to intervene and fund capacity building among the youth by economically empowering them and create a cross border conflict resolutions mechanism.

On education sector Governor Mohamud said his governnent would appreciate if the UK government supports E-learning in schools particularly in secondary schools where internet installation will be made and ICT equipment be supplied like computers for the students to access education.

The Governor also requested the UK governnent to support polytechnics which will go a long way to provide youth with skills for self employment. “The county has no capacity to recruit each person in the county but once youth get skilled trainings they can create employment opportunities for themselves rather than joining terror groups or start abusing drugs”, the Governor Mohamud pointed. 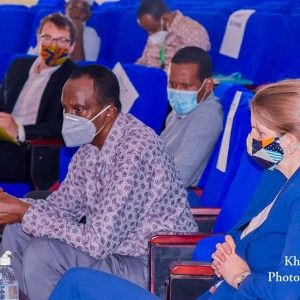 The Governor further told the envoy water is life and accessing clean water is everybody’s right. “We now have 278 water centers and that is not enough since Wajir county has a land mark size that is very big”, he noted.

Some of the water centers, he said need water tracking bulldozers during the drought season. He appealed to the UK government to invest in getting a clean and save water to make the county water secure.

Agriculture and livestock is another key priority area the governor discussed with Mrs Jane Marriott. Noting that livestock is the back bone of wajir county, the Governor said a ready market is what was highly needed to market the livestock product for the people.

“We can transport meat to UAE countries and even here locally in Kenya and this will economically empower of our people”, the governor added.

The governor assured the UK government that the people of Wajir county are ready to invest in farming to address food security.

The governor noted that the chartered municipality is anew institution that requires establishment and a good foundation so that the people of Wajir county can access municipal services.

Governor Mohamud also highlighted the Covid-19 pandemic whose negative economic impact has seriously affected the people of the county. The pandemic has paralyzed different sectors globally, the governor noted and requested the British government to work with his governnent by putting in place an economic recovery mechanism and prevention strategy for this deadly disease. 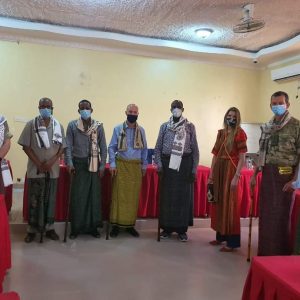 Mrs Jane Marriott on her part first said she felt honoured by how governor H.E Amb. Mohamed Abdi and his administration welcomed her in the county. She termed it the greatest honour for her.

She said “I was not in Wajir for the last 10 years but what I have seen on infrastructural improvement like roads is a key milestone to devolution under the leadership of Governor Amb. Mohamed Abdi. What I saw is incredibly impressive”.

On the document presented to her by Governor Mohamud she said ” Your Excellency I am looking forward to read the vital document you shared with me and I promise I will go through it in the aircraft or in my office and reach you back. We will see where the UK government can chip in and work together with your administration”.

She later visited the projects supported by the British government like Furaha primary school, and African inland church health center. 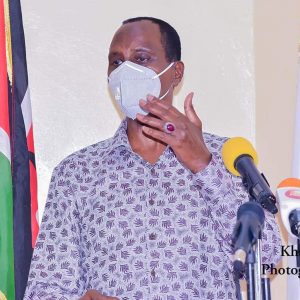 The joint working relationship between wajir county government and UK will go a step in building Governor Mohamud’s legacy that will assist him reclaim his seat during the 2022 General Elections.